This study is in the background based on observations conducted at MTs As-Sunnah Cirebon, maximizing students of 7B MTs As-Sunnah Cirebon to learn Arabic so that learners have maharoh kalam, qiro'ah, kitabah and memorization of many Arabic mufrodat. Drill methods used by educators because this method is suitable for foreign language learning, especially Arabic learning because of learners to acquire the ability to write, read and dialogue using foreign languages with practices that are carried out repeatedly in the scope of the learning space. This research uses PTK research, namely classroom action research, as an object that is a student of 7B MTs As-Sunnah Cirebon. H asil from theresearch process conducted menujukkan that the application of drill methods in Arabic subjects with material adawatul madrosiah in class 7B MTs As-Sunnah Cirebon has been better than before evidenced by the results of the student test from the first test and the second test the percentage of students who can answer increased from the start of the first test seen in the second test stage reached 85% from the previous 70%. 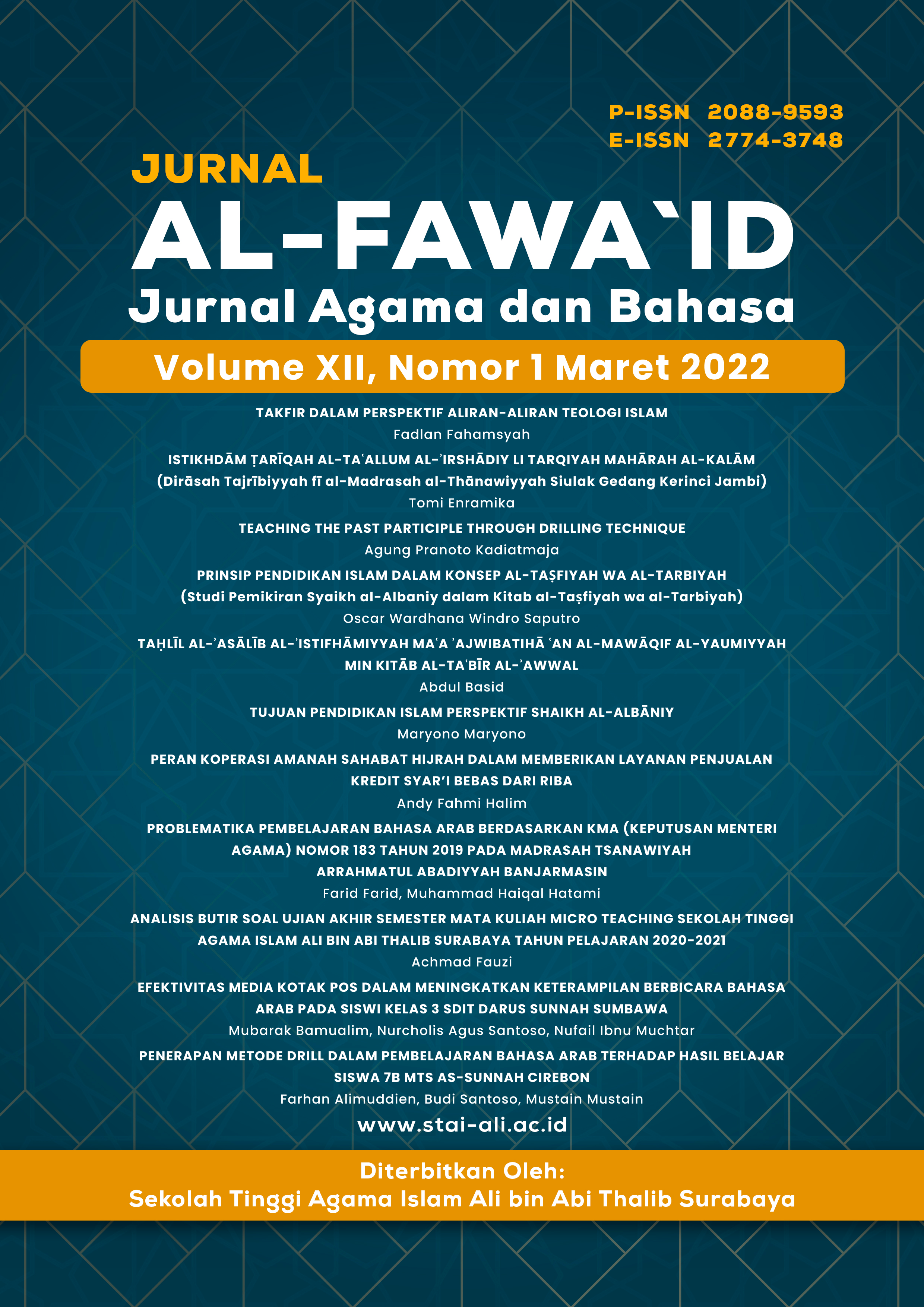