This research explores the views of Imam Al-ʿIzz Bin ʿAbd Al-Salām dan ʿAli Bin Ḥasan Al-Ḥalabī to the bidʿah ḥasanah concept. The polemic about bid’ah ḥasanah always be warm even hot on the grassroots, so this writing tries to track the conclusion and the root cause of bid’ah ḥasanah from two figures mentioned above.The results of this research shows the difference bet ween those two figures, Al-ʿIzz Bin ʿAbd Al-Salām says that there is a bidʿah ḥasanah , while ʿAli Bin Ḥasan Al-Ḥalabī says that there is no bidʿah ḥasanah . The cause of difference views between them is when Al-ʿIzz Bin ʿAbd Al-Salām used term of bid’ah in the con text of etymology while al - Halaby interpreted the term in the context of terminology. As for the difference factor in the common people that there is no classification bid’ah in worship and non - worship (muʿamalah). The comparison results between these two figures can be seen from two sides. First, the similarity; which both of them against together the bid’ah which certainly against the sharia; as for the different side that Al-ʿIzz found there is a bidʿah ḥasanah like building Islamic schools (madrasah), le arning tajweed, etc., while al Halaby found that all bidʿah in religious matters are misguided. Build schools in the views of al - Ḥalabī is not bidʿah , but maslahah mursalah. 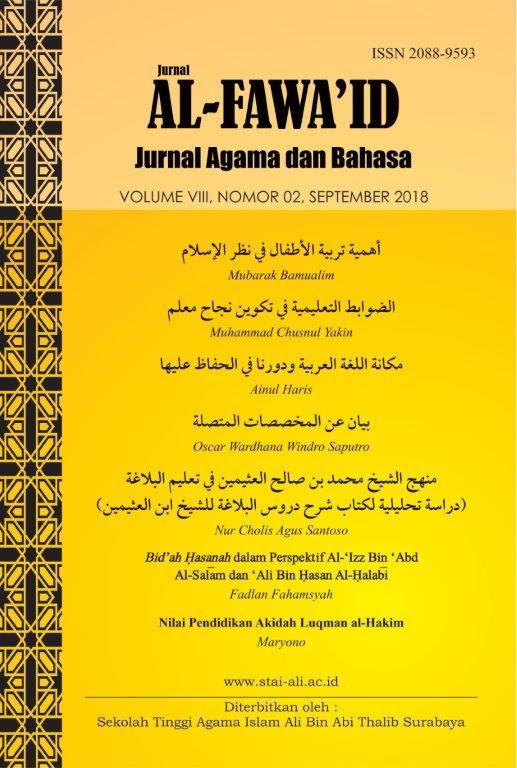